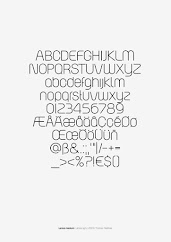 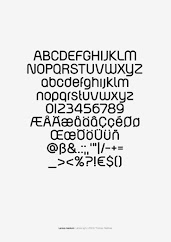 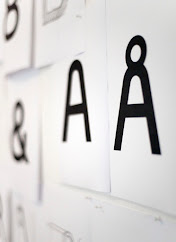 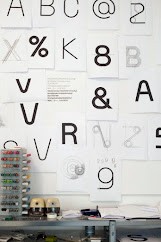 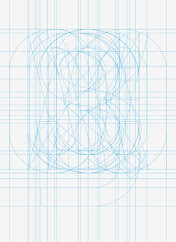 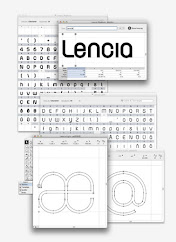 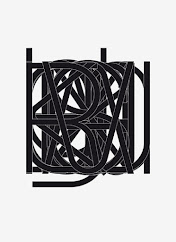 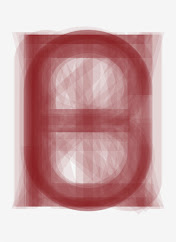 Since 1 December 2012, Lencia Medium and Lencia Light have been available for download as beta versions on this website. It is possible to download the typeface for a free trial. It is not permitted to use the Lencia Typeface for commercial purposes.  All rights reserved. (Despite of careful control, we want inform you, that we don't accept assume liability, for damage and malfunctions)

What began as nothing more than an exercise to learn more about typography soon grew into a project to develop an entire font family. Back in 2002, Thomas Feichtner began developing “Lencia” (at the time still under the working title of “Linz Schrift”), named for his hometown of Linz (Latin: Lencium). Feichtner’s interest was in creating a simple, sans-serif font based on circle segments as well as vertical and horizontal axes. In contrast to the time-honored methods used by experienced type designers, Feichtner approached his project more as if designing a product. Lencia follows a grid of radiuses, angles, cones and intervals, resulting in a common formal language that can be recognized in every letter. Feichtner constructed each of his letters according to a unified style for stems, crossbars, legs and overshoots. Cap height corresponds with the ascenders of the minuscules, the x-height of which is set conspicuously high. This gives rise to a character that is particularly distinctive when used in captions. The type styles light, medium and bold each adhere to distinct grid-level metrics in terms of thickness, letter-spacing and position, yet still present a homogeneous appearance when viewed together. Thomas Feichtner developed Lencia using a piece of software that was quite popular among typographers during the early 1990s. Since this software was incompatible with newer operating systems, 2003 saw Feichtner conclude his design process in a vector program without having actually produced a finished computer font. Later on, nearly 10 years after he had completed the initial design for Lencia, the aforementioned, tried-and-true software package for creating scripts reappeared on the market in an updated version. Feichtner took this opportunity to finish his design and release the typeface in 2012.