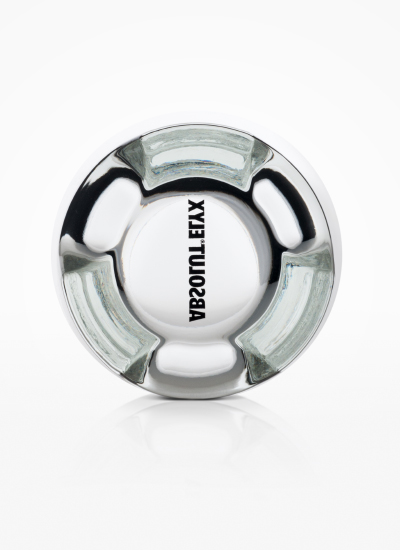 Designer Thomas Feichtner was commissioned by ABSOLUT VODKA with the design of a new glass. This glass was supposed to be designed specifically for the Swedish distillery’s finest vodka, ABSOLUT ELYX, and reflect the handwork of the most experienced distillers. This vodka, hand-distilled and rectified in the original copper kettle from 1921, was to be complemented by a drinking glass and vodka cooler from the hands of Feichtner, the design process and quality workmanship of which was to underline this vodka’s concept.

An absolute Feichtner: Thomas Feichtner designed a vodka glass that picks up formally on many of his previous works and, even so, retains an independent character. Similarly to various designs for furniture and tableware, this glass, as well, stands on three legs and exhibits the highest degree of stability. A recurring theme that Feichtner has repeatedly worked on in designs such as A Porcelain Vase for the Augarten Porcelain Manufactory, the Fruit Bowl for the Vienna Silver Manufactory, and the Linz Stool, a project for the 2009 European Cultural Capital of Linz. “I’m fascinated by the formal alternation between positive and negative, between sine and cosine. And here, I absolutely wanted to separate the glass’s body from the surface upon which it stands and thereby also create a visually independent and self-sufficient object,” explains Feichtner. By virtue of its alternating phases, edges and surfaces, this glass is possessed of an almost geometric character that invites exploration not only visually, but also in a tactile sense. A glass that strikes a careful balance between weight, glass thickness and height.

Specifically for this collaborative project between ABSOLUT and Thomas Feichtner, a drink was created together with top-notch barkeepers. The “Absolut Feichtner”—made of Elyx, a bit of wheat syrup and lime juice, and a shot of Peychaud's syrup and Angostura Bitter—has a rather light body and a floral aroma, and it supports the vodka’s natural taste. This drink is of a soft coppery hue that refers back to its origin: The nearly 100-year-old copper kettle No. 51 in Åhus, Sweden.